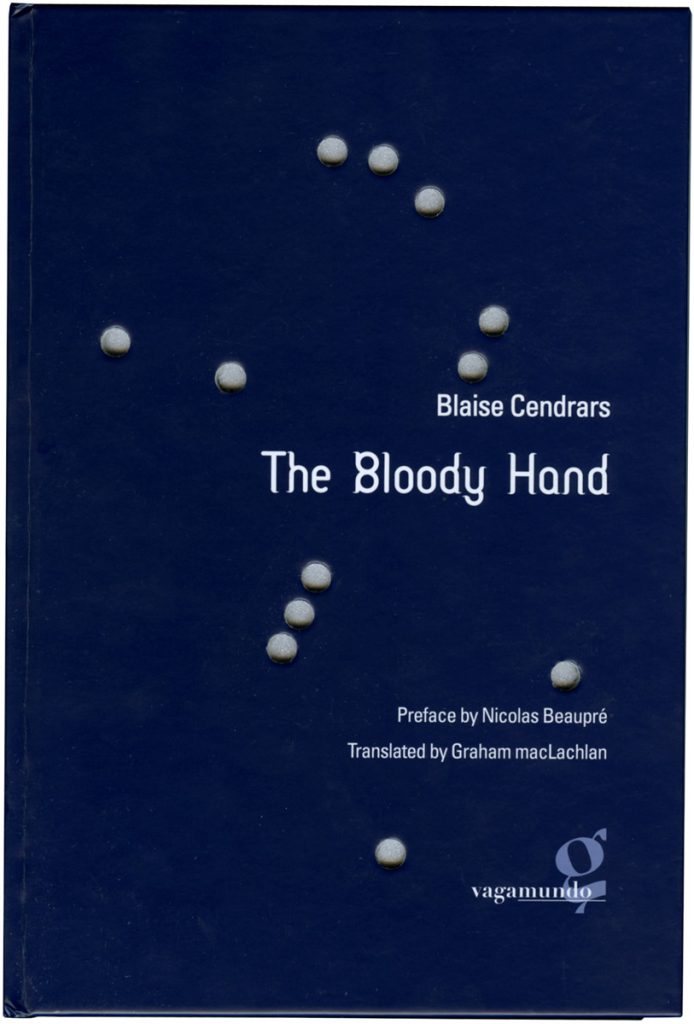 A masterpiece of French war literature,
complete and unabridged for the first time in English

The Bloody Hand is the second volume in a quartet of ‘memoirs that are memoirs without being memoirs’ by celebrated French author, poet and adventurer Blaise Cendrars. It focuses on his experiences in the First World War, from enlisting amid shambolic scenes in Paris to fighting the Boche in the muddy trenches of the Western Front as a corporal in the infamous Foreign Legion. Cendrars treats his subject with lucidity and detachment, never calling on the reader to pity his comrades-in-arms but rather to look at the war through the eyes of the simple poilu, to join him in his contempt for the officers and ‘those running the war’. We follow his adventures into the marshes of the Somme where, in addition to the hunting and fishing, his squad of oddballs carries out patrols and even the occasional raid. We discover how he takes a prisoner without really trying, exposes a fraud in a Parisian brothel, foils an attempt to carry off a bumbling general, befriends an alcoholic hedgehog, falls prey to the machinations of the French secret police, meets a man who would swallow anything for an extra ration of wine…
The Bloody Hand is a cornucopia of engrossing tales, poignant description and thought-provoking prose on war and the human condition.

‘He is tender and cruel, funny and mystical, multi-faceted and always surprising.’
Le Monde

‘Cendrars could write a mouth- wateringly beautiful sentence.’
The Guardian

This luxury hardback edition features an album of fifty illustrations depicting life in the trenches of the Great War. Selected for the The Bloody Hand from the archives of the Historial Museum of the Great War (Péronne, France), many of these works have never been published before and all the artists saw service on the Western Front. In an introduction commissioned specially for this new and unabridged translation, renowned historian Nicolas Beaupré places The Bloody Hand in its historical context and takes a comprehensive look at its themes. Learn more about France’s ‘left-handed poet’ in the final section of the book which contains a three thousand word biography of the author and a complete list of published works including those translated into English. The holes punched into the cover evoke the constellation of Orion, a reference to the war-maimed writer’s famous poem of the same name:

Dawn unstitched the sky from the horizon and the low clouds lay like poorly-basted clothes on some tailor’s table, a jumble of cloth, wool, lining, wadding and horsehair padding. I contemplated with dismay that livid sunrise and its cast-offs in the mud. Nothing was solid in the oozing, wretched, ravaged, ragged landscape of which I too was a part, standing there like a beggar at the threshold of the world, soaked, slimy and coated with crap from head to foot, cynically happy to be there and to see it all with my own eyes…